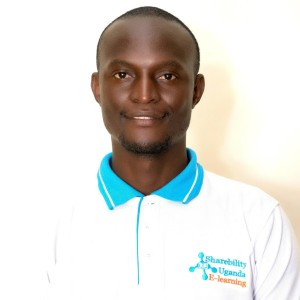 Facebook revealed on Wednesday that it is working on technology to let people type straight from their brains at 100 words per minute.

A team of over 60 scientists, engineers and others at its secretive Building 8 research lab are working in the area Facebook describes as silent speech communications. Another project is directed at allowing people to hear with their skin, for which the company is building the necessary hardware and software.

“So what if you could type directly from your brain?” Regina Dugan, vice president of engineering and Building 8, asked Wednesday at F8, Facebook’s annual two-day developer conference.

For Facebook, the question seems to be far from speculative. “Over the next 2 years, we will be building systems that demonstrate the capability to type at 100 wpm by decoding neural activity devoted to speech,” Dugan wrote in a Facebook post. The executive has previously headed an advanced technology and projects group at Google and was earlier director of the U.S. Defense Department’s Defense Advanced Research Projects Agency (DARPA). “It sounds impossible but it is closer than you may realize,” she said.

The concept isn’t exactly new. Researchers at Stanford University, for example, have shown that a brain-to-computer interface can enable people with paralysis to type via direct brain control, using electrode arrays placed in the brain to record signals from the motor cortex that controls muscle movement.

Facebook’s approach will be focused on developing a non-invasive system that could one day become a speech prosthetic for people with communication disorders or a new means for input to augmented reality, Dugan wrote. She said in her keynote that the planting of electrodes in the brain was not scalable and Facebook was looking instead at non-invasive sensors. Optical imaging techniques hold the most potential for providing the spatial and temporal resolution required for mapping brain signals, she added.

In a bid to placate privacy concerns, Dugan said that the technology was not interested in decoding a person’s random thoughts. The aim is to decode those words that the person decides to share and sends to the speech center of the brain.

“Our brains produce enough data to stream 4 HD movies every second,” wrote Facebook’s CEO Mark Zuckerberg in a post. “The problem is that the best way we have to get information out into the world — speech — can only transmit about the same amount of data as a 1980s modem.” The human brain streams 1 terabits per second although speech is transmitted at 40-60 bits per second, said Dugan who described speech as essentially a lossy compression algorithm.

The company’s aim is to develop a system that will let people type straight from their brain about five times faster than they can type on their phone today, which will be eventually turned into wearable technology that can be manufactured at scale. “Even a simple yes/no ‘brain click’ would help make things like augmented reality feel much more natural,” Zuckerberg wrote.

On hearing through the skin, Dugan said that we have two square meters of skin on our body that are filled with sensors, and wired to our brain. Braille took advantage of that by helping people interpret small bumps on a surface as language in the 19th century, but since then techniques have emerged that show the brain’s ability to reconstruct language from components. “Today we demonstrated an artificial cochlea of sorts and the beginnings of a new a ‘haptic vocabulary,’” she wrote on her Facebook page.